Library on Topic: 9/11 Living in Our Hearts and Minds 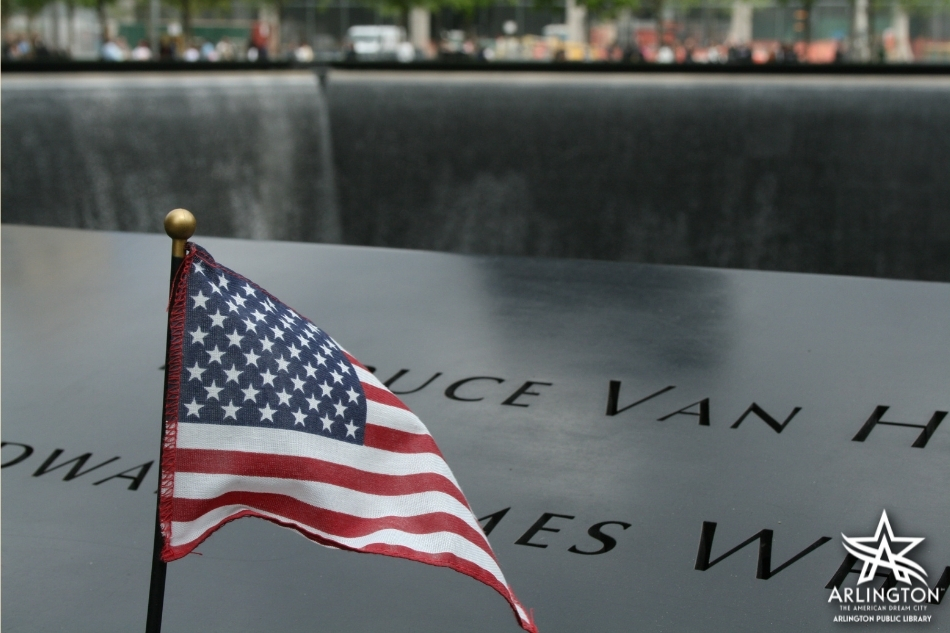 Twenty years ago America dealt with the most horrific tragedy this nation has ever faced; the destruction of the Twin Towers of the World Trade Center in New York City,  the attack on the Pentagon in Washington, D.C., and the hijacking of four planes, one which crashed in Pennsylvania. This attack was on our nation, our people, our hearts, and thousands lost their lives. We remember those that lost their lives during this tragedy.

On September 11, 2001, at approximately 8:45 am, the first of four planes crashed into the first tower of the World Trade Center. This plane hit the 80th floor and exploded. A short time later, a second plane hit the second of the twin towers of the World Trade Center. This time hitting the 60th floor. Rubble and debris fell to the ground as the towers crashed in a fiery blaze.

Thousands of people were trapped in the towers, injured and scared. A dark smokescreen engulfed the city for miles and miles. Firefighters, police, and ambulances rushed to the dark scene as people tried to escape. An hour later, a third plane was seen circling and crashed into the Pentagon military headquarters in Washington, D.C. which left a large inferno that led to a structural collapse of part of the building and the death of 189 people, including 64 on the hijacked plane, American Airlines Flight 77. Forty minutes later, a fourth plane was found crashed in Pennsylvania. This crash resulted in the death of 44 people on Flight 47.

In this attack, 2,996 people were killed, including the 19 terrorist hijackers on the four planes. Citizens of 78 countries died in New York, Washington D.C., and Pennsylvania. 2,763 died after the two planes hit the World Trade Center Twin Towers. 343 firefighters and paramedics, 23 New York City police officers, and 37 Port Authority police officers who helped with the evacuation of the buildings and those trapped on higher floors also died. It was later revealed the attacks came from a terrorist organization called Al Qaeda, and its leader, Osama bin Laden, was responsible. Sitting president at the time, George W. Bush addressed the nation and promised initiatives to combat terrorism in our country.

We are reminded of the tragedy that took place on this day, twenty years ago. In our hearts, and minds are those that lost their lives and loved ones during this time. A tribute to those towers can be found at the World Trade Center in New York, New York. A large waterfall encloses the sanctuary. Around the memorial pools, the names of every person who has died in the terror attacks of February 26th, 1993, the first bombing on the World Trade Center, and September 11th, 2001 are engraved in bronze.

Located within the heart of the original World Trade Center, the 9/11 Memorial Museum stands. Through art multimedia exhibits, archives, and monumental artifacts, the museum serves to tell the public about the tragedy that took place on that haunting day.

We will continue to honor and remember the lives that were lost on thats terrible day. Today we honor. Today we remember.

Check out these items in our collection to learn all you can about 9/11.

What were the Twin Towers? By Jim O’Connor

All We Have Left by Wendy Mills

An emotion of great delight by Tahereh Mafi

Ordinary Heroes: a memoir of 9/11 by Joseph Pfeifer

9/11: the world speaks by Rudolph Giuliani

No man’s land: Preparing for War and Peace in Post 9/11 America by Elizabeth D. Samet