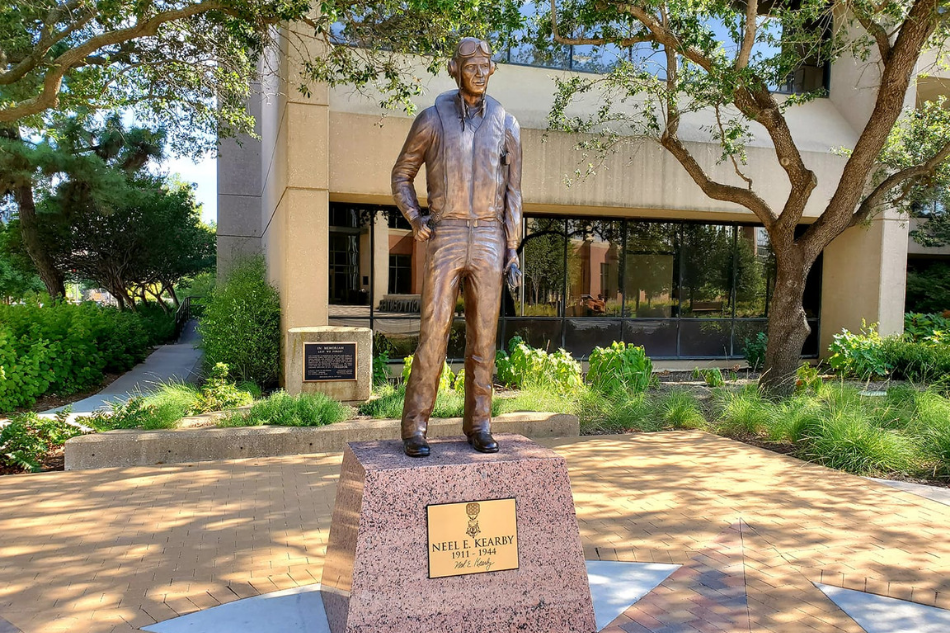 Many Arlington residents have heard of Colonel Neel Kearby, one of the city's greatest military heroes and recipient of America's highest award of valor, the Medal of Honor. In honor of Veterans’ Day and the 75th anniversary of Col. Kearby’s death, the Arlington Public Library is providing a chance to learn more about the man and his missions.

A free lecture, Hometown Hero Colonel Neel Kearby, will be presented with the Arlington Historical Association on Tuesday, November 5 from 7 to 8 p.m. at the Downtown Library.

Col. Kearby's military legacy is that of a skillful and courageous flying ace. During World War II, he pioneered air combat tactics for the P-47 Thunderbolt. Under his leadership, the 348th Fighter Squadron became one of the most lethal air combat groups in the Pacific Theater, the area of military activity in the Pacific Ocean and the countries bordering it.

His abilities and actions are considered legendary. In a single day of air combat operations over New Guinea in October 1943, Col. Kearby set a record for the number of downed enemy aircraft.

In a ceremony at his headquarters, General Douglas MacArthur personally presented the Medal of Honor to Col. Kearby.

Six months later on March 5, 1944, Col. Kearby was shot down over New Guinea. After the war, his remains and the wreckage of his plane were found. Col. Kearby was buried with full military honors at Hillcrest Cemetery in Dallas in 1949.

At the time of his death, he was one the most decorated flyers of the war and a Top Gun in the Pacific Theater. In addition to the Medal of Honor, Kearby received two Silver Stars, four Distinguished Flying Crosses, five Air Medals and a Purple Heart.

In 2010, the City of Arlington dedicated a memorial statue and Texas State Historical Maker honoring Col. Kearby outside the Central Library. The statue has since been moved to City Plaza, where it is on display outside City Hall.